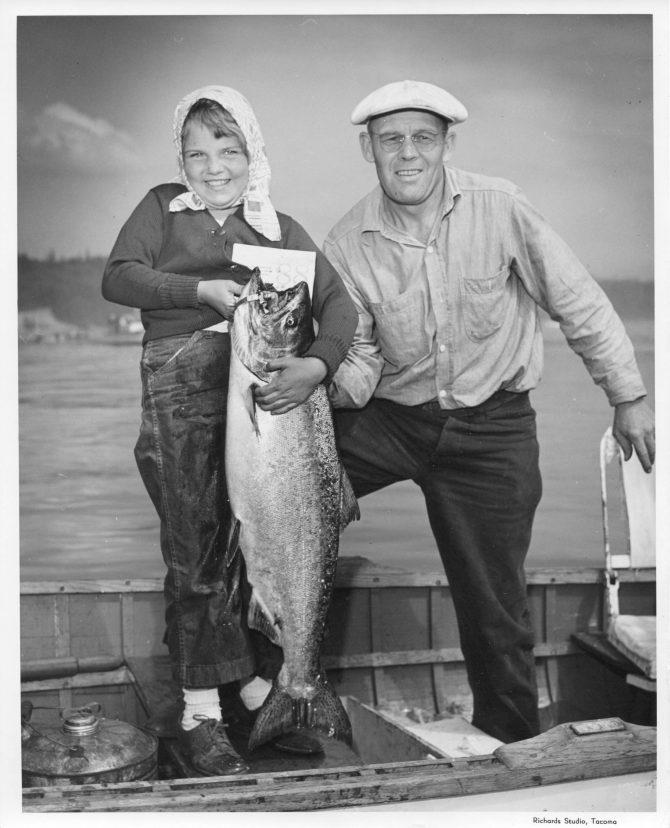 Mary Ann Haisch smilingly clutching the large salmon that she caught in July of 1950 at the annual Tacoma Poggie Club fishing derby held at Point Defiance. Mary Ann's catch was the largest of the day, as her salmon weighed in at 19 pounds, 14 ounces. Fishing officially began at dawn and more than 300 youngsters participated, with 98 salmon being caught. The Poggie Club's Father, Sons and Daughters fishing derby was one of the largest in our area, and the largest one put on mainly for the benefit of children. Children 6-16 could fish, along with an adult partner, and they needed not be members of the Poggie Club.