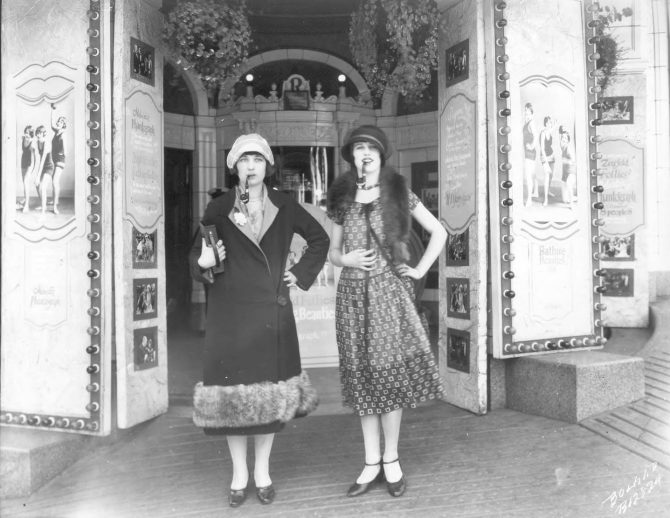 On June 22, 1925, Hazel Green, right, and Arline Abel posed boldly in front of the Rialto Theater, clutching pipes in their mouths. They were demonstrating the newest fad, how young ladies were discarding their cigarettes in favor of pipes. The women were performers in the Ziegfeld Follies "Phantograph" advertised on the sign boards. The Follies novelty act preceded the movie and starred six beautiful bathing beauties, a comedian and a German police dog in a live action skit. Each audience member was given an early form of 3-D glasses that brought them up close and personal with the action. Viewers ducked falling ladders and water from the garden hose, screaming and laughing. The act was followed by the feature film "If I Marry Again."