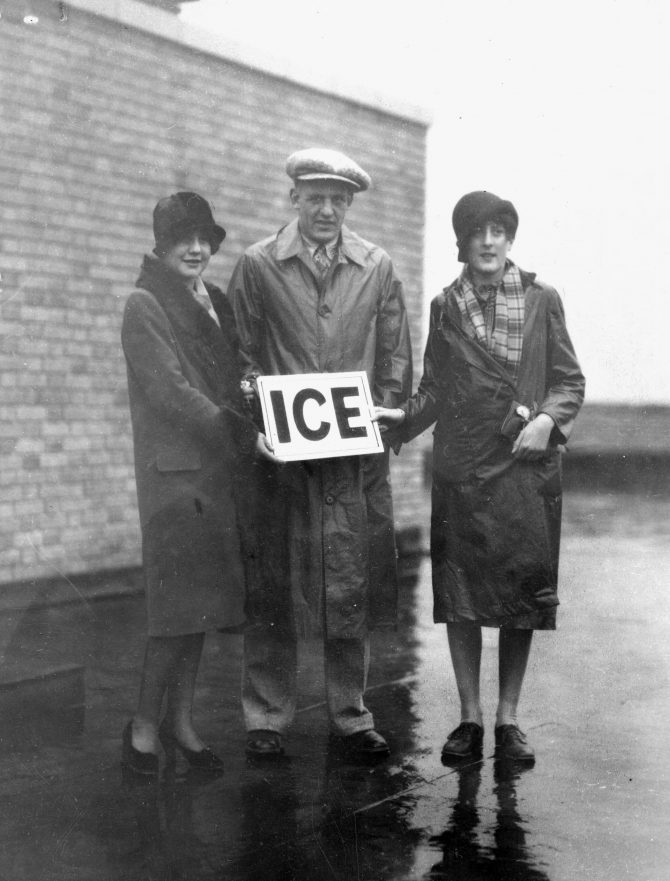 Football star and motion picture actor Harold "Red" Grange posed with Helen Nelsen (left) and Corinne Martin on a rainy day atop the Winthrop Hotel in late January, 1926. The ladies are holding a sign "Ice" in front of Mr. Grange; it was his nickname when he was a leading rusher at Wheaton (Illinois) High School. He had worked as an ice hauler while in school which accounted for his nickname ("Ice Man" or "Wheaton Ice Man") and developed his strong physique. Now better known as "The Galloping Ghost" for his blinding speed and elusive running style, Mr. Grange, a three-time all-American at the University of Illinois, had paid a very short visit to Tacoma a couple of days before his Chicago Bears pro team faced the Washington All-Stars in Seattle. He would run for two touchdowns and pass for a third en route to a 34-0 shellacking of the local team.