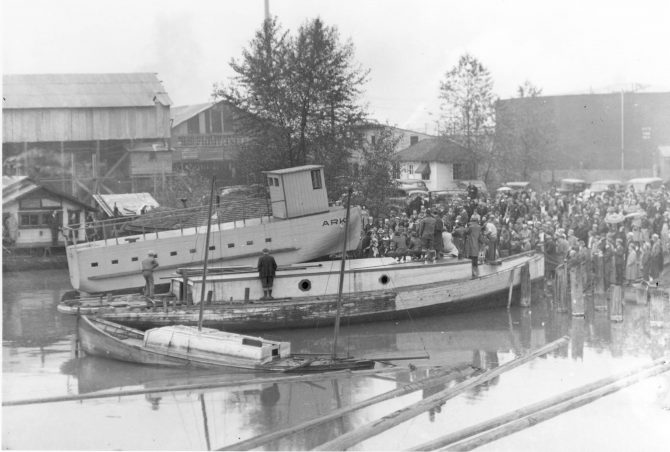 A rain-soaked crowd of approximately 5,000 awaits the launching of Paul Satko's homemade vessel, the Ark, on Monday, November 6, 1939. Mr. Satko planned to transport his wife and seven children to Alaska on the Ark in the spring once all preparations were complete. It is believed that most boat experts were amazed that the 40 footer, equipped with a 1926 diesel automobile engine and several tons of cement in its keel for ballast, was able to be successfully launched. The Ark left for Alaska in April, 1940, from the Point Defiance Dock, ran aground in Seattle and ran afoul of Seattle authorities who jailed Mr. Satko and put his children in juvenile detention. It would take irate Tacoma citizens to bail him out and release his children. The Ark would make it to Ketchikan, Alaska, in mid-June, 1940.