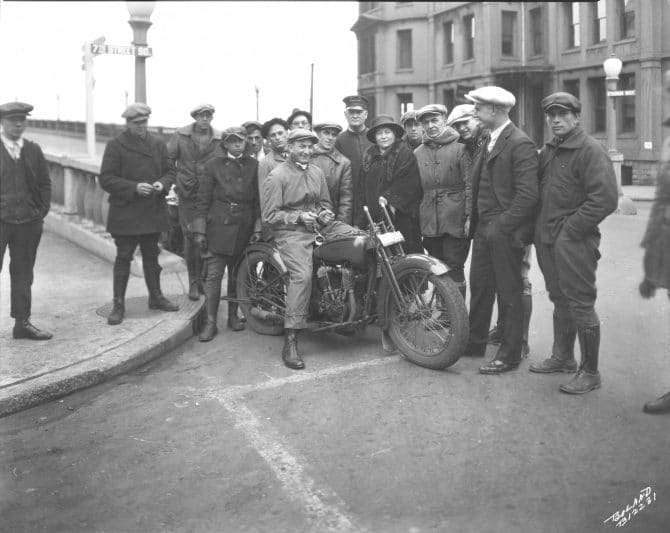 Parked at South 7th & Stadium Way in April of 1925, Walter R. "Pat" Patterson was photographed on an unusual 1925 Harley-Davidson. The motorcycle did not have the usual handlebars. Steering would seem impossible, especially since the driver, surrounded by a small crowd, shows off his handcuffed wrists. Mr. Patterson, with his hands handcuffed to the saddle of the cycle and the motor sealed in high gear, rode from Tacoma to Portland. The feat, observed by the AMA referee for Washington and four other officials, proved the ease in handling and perfect control of the new streamline model. It also got 68 miles to a gallon on balloon tires.