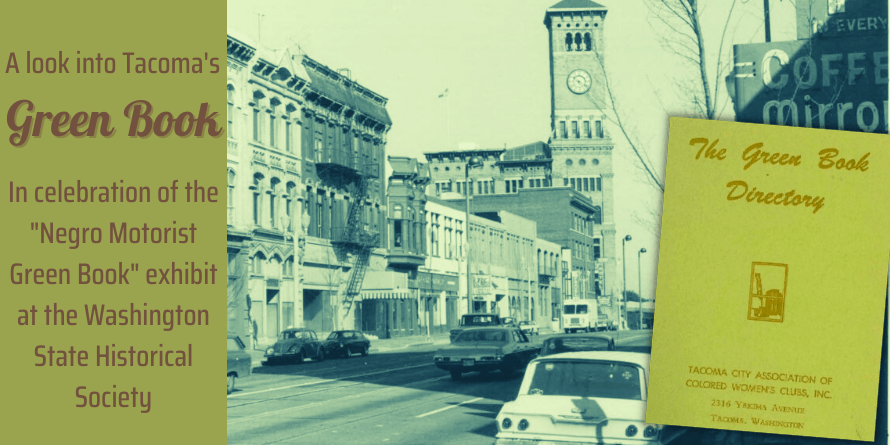 In recognition of the Washington State Historical Society hosting the Smithsonian's Negro Motorist Green Book exhibit, which runs from March 19 through June 12, 2022, wanted to highlight the people and places behind the locations in Tacoma's Green Book. If you are interested in attending the exhibit free you can borrow a museum pass from any Tacoma library branch. Please call for availability. 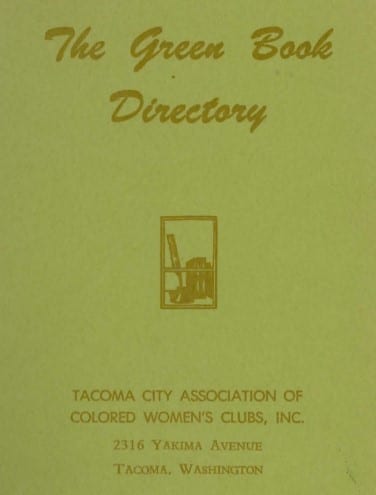 Click here for access to our digitized copy
Victor and Alma Green published their annual travel guide from 1936-1967, drawing to a close after the civil rights laws of the 1960s brought an end to legal segregation. The guide provided African American travelers with information about hotels, department stores, service stations, restaurants, entertainment venues, and other businesses that welcomed Black travelers. The Negro Motorist Green Book exhibition shares this history through historic film, artifacts from Green Book sites, postcards, and images. Firsthand accounts convey not only the apprehension felt by African American travelers during the era of Jim Crow laws and sundown towns, but also the joys of living a full American existence at a time when taking to the open road was a coveted expression of freedom. 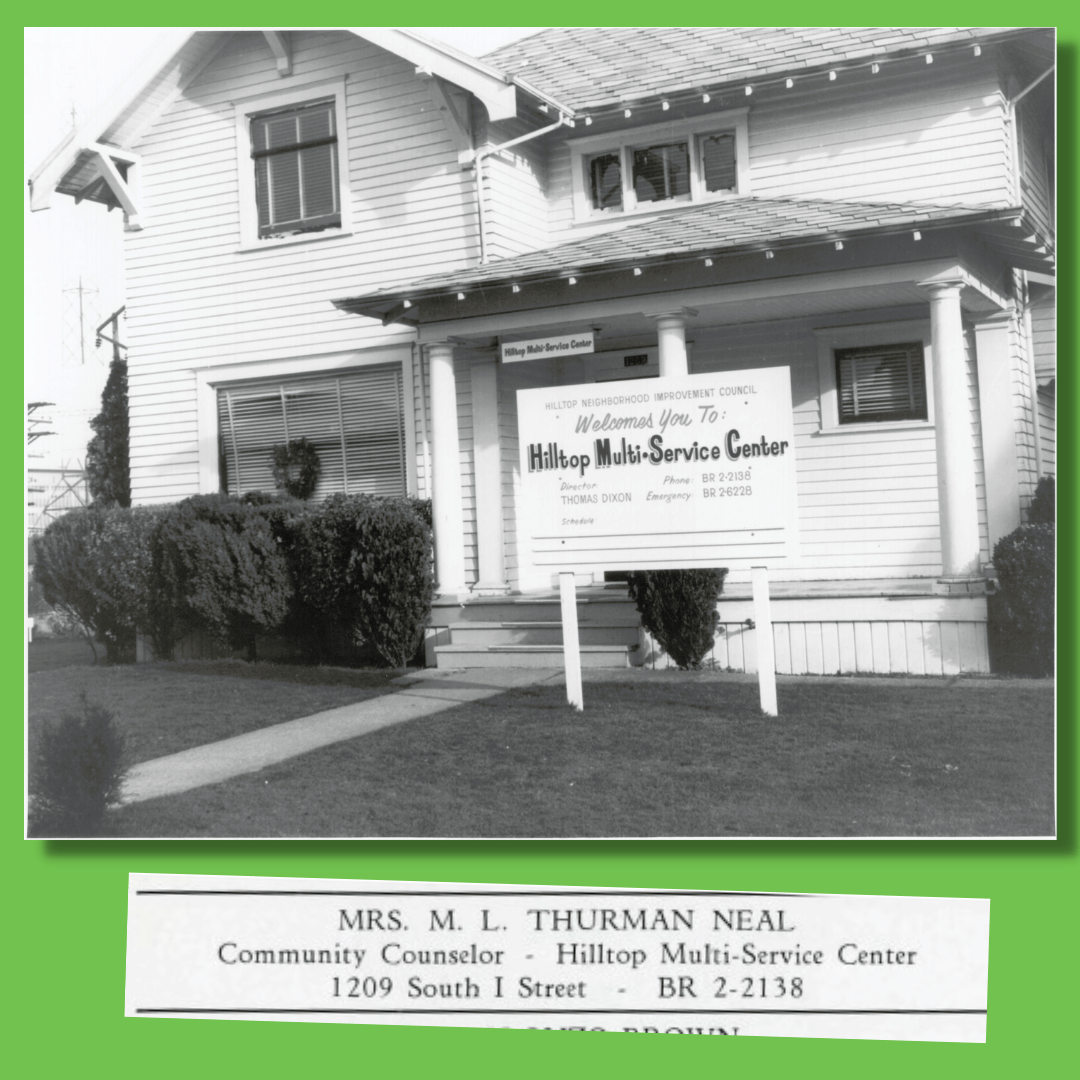 There are many various listings in the Tacoma Greenbook, however, for this post, we are spotlighting the Hilltop Multi-Service Center located at 1209 S I Street, in the mid-1960s. The then director of the organization, Tom Dixon, described the grant-funded center as a place that strives to "bring residents of the Hilltop area closer to the community resources such as the Employment Security Dept., the County-City Health Dept., and others." The center employed a majority of low-income people in a variety of roles. It provided four daycare homes, a housing relocation office, and free dental clinics. One unique service was their contracts with people on a paid mileage basis to furnish transportation to persons the center deemed eligible for services like rides to hospitals, schools, and other various agencies. In its first year, the center listed assisting in 200 job placements. 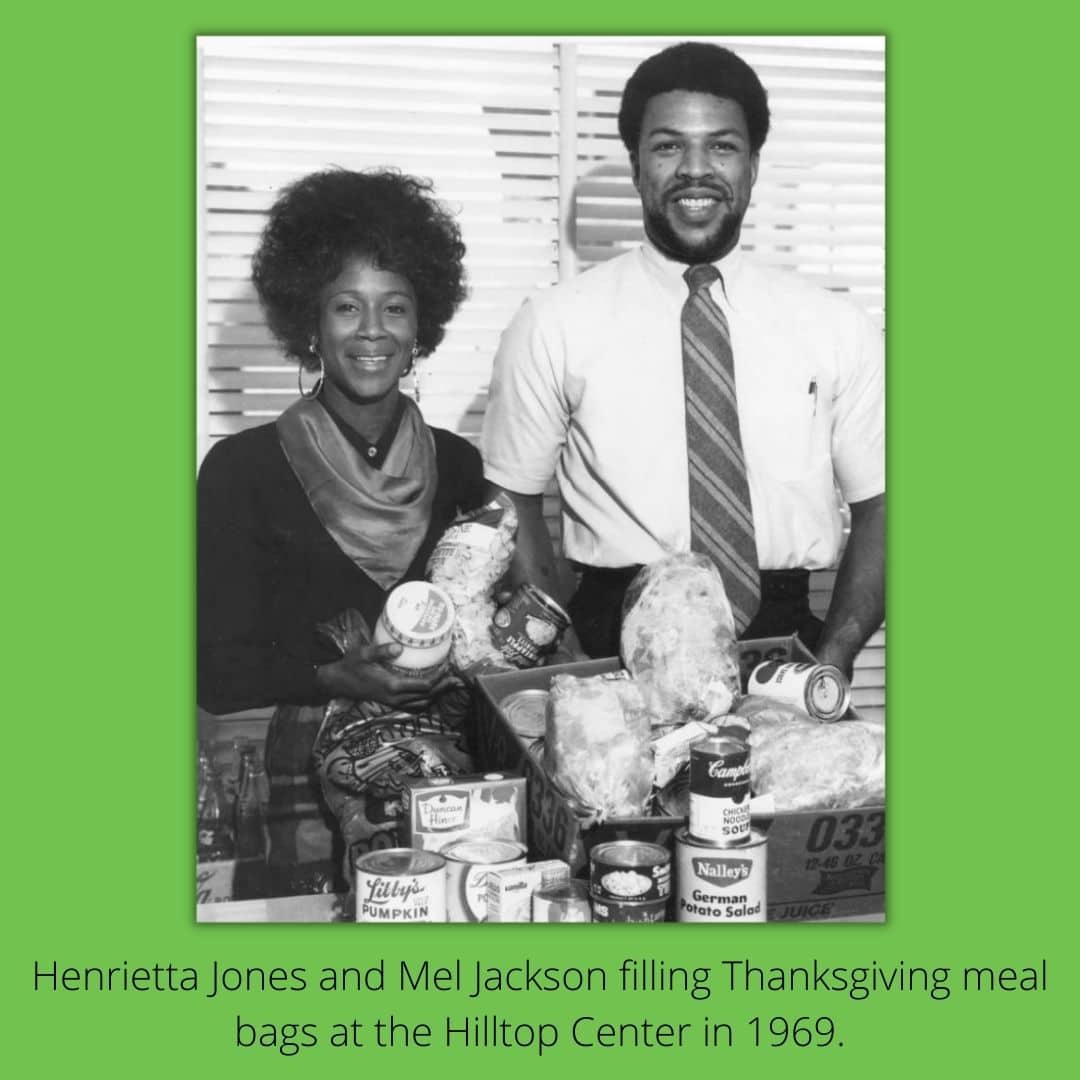 In 1968 Dr. Dewey Tuggle, an airforce major assigned to McChord Airforce base worked together with the Hilltop Multi-Service Center to offer free dental services. The services included examinations, cleanings, polishing, and fluoride treatment. Dr. Tuggle hoped to extend his cleaning services by eventually creating a mobile dental clinic staffed by volunteer dentists.
In December 1969 the Hilltop Multi-Service Center set up Tacoma's own red and green "hotline." This consisted of specialty mailboxes set up across the city that served as a direct line from the children of the community to Santa Claus. The purpose, as described in the Tacoma News Tribune, was to "provide a happier Christmas to about 3,000 youngsters from low-income families in Pierce County." Staff designed and built the mailboxes and the director at that time, Herman Walker, volunteered to serve as Chris Kringle's postmaster General.
In 1978, the center expanded by offering two new locations, one in South Tacoma and one on the East Side. Throughout its existence, the center helped many needy people with social services and eventually evolved into the Tacoma Urban League which is still in operation today.
"Tacoma Urban League is devoted to empowering African Americans and other disenfranchised groups to enter the economic and social mainstream. From its earliest days in the civil rights movement, through years of partnership with government and public agencies, the Tacoma Urban League has been a beacon of hope and a catalyst for change in the South Puget Sound African American community."  -thetacomaurbanleague.org 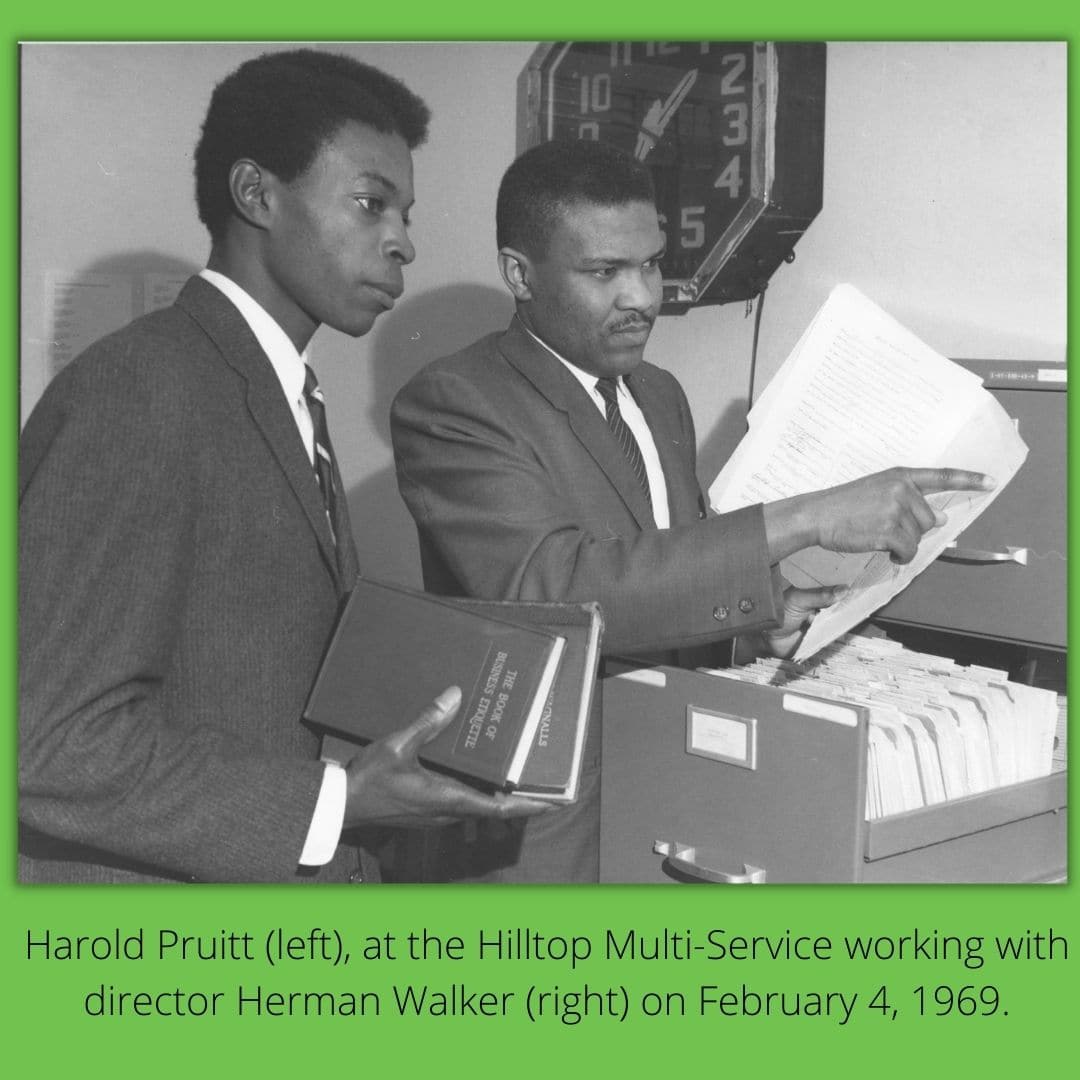 If you have any questions about this post or would like more history resources please contact the Northwest Room at (253) 280-2814 or email NWR@tacomalibrary.org.
Be sure to visit the Washington State Historical Society's Negro Motorist Green Book website for more information on the exhibit.
The Negro Motorist Green Book - Washington State Historical Society (washingtonhistory.org)
Tom Dixon quote from, TNT July 30th, 1967 p.1