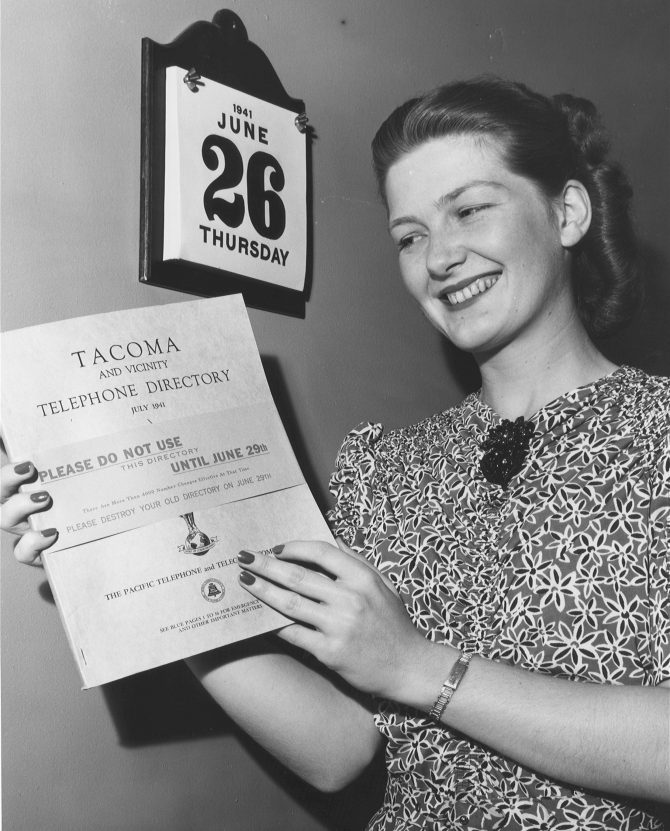 Margaret Bell is pictured holding a copy of the new 1941 Tacoma phone book, estimated to be the largest issue ever published. The phone book featured a band warning customers not to use the book until June 29th, as more than 4,000 number changes would be effective at that time. 49,000 copies of the new phone book were distributed on June 26, 1941. http://goo.gl/M7JZkd