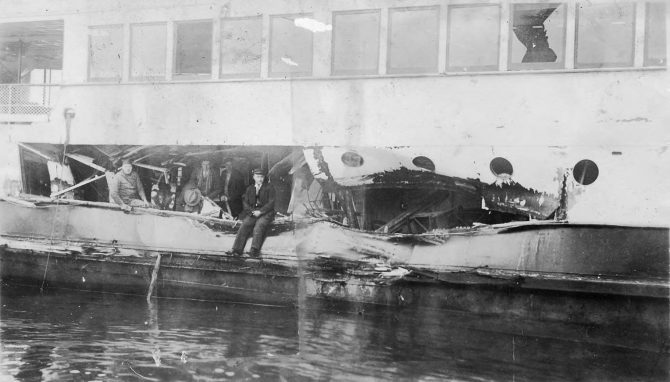 The steamboat Tacoma was severely damaged when she was rammed by the car ferry Kitsap in late October of 1926. The resulting impact tore a hole in the side of the Tacoma at the water line. Although the accident occurred when the ships were maneuvering through thick fog, it greatly increased the discord between the Puget Sound Navigation Company, which operated the Tacoma, and the Kitsap County Transport Company (also known as the White Collar Line because of the wide white metal band, or collar, around the smoke stacks of the company's ships). The two companies had been in a bitter rate war for years.