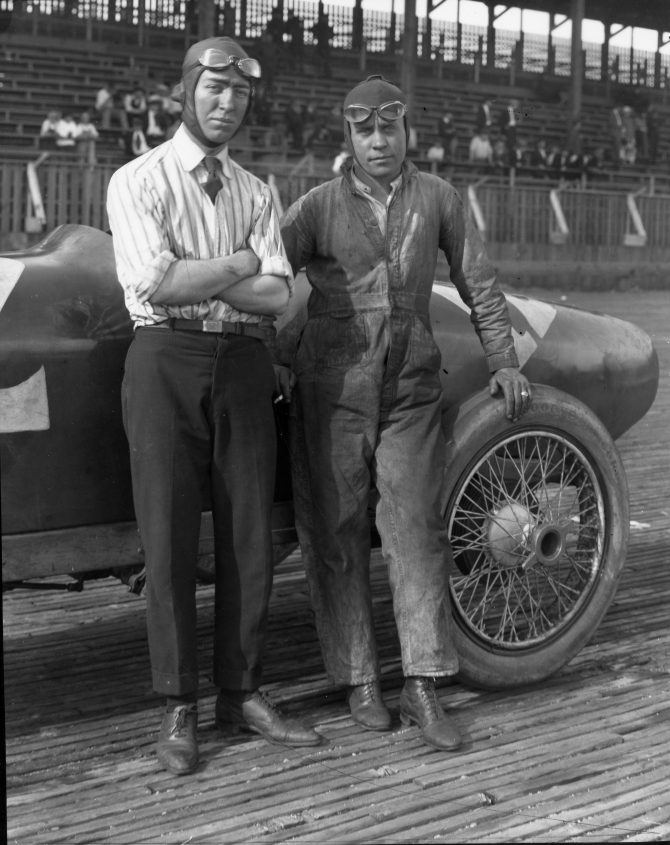 This is speed king Jimmy Murphy (left) with his mechanic, Ernie Olson, on the board track of the Tacoma Speedway circa the summer of 1920. Although Murphy was a newcomer to the Pacific Northwest, he had already started to establish himself as a rising star in the world of auto racing. The 1920 Tacoma race was filled with veteran well-known drivers including 1920 Indy 500 winner Gaston Chevrolet, Pacific Northwest favorite Eddie Hearne, Roscoe Sarles, Eddie O'Donnell, Ralph DePalma, Cliff Durant, Ralph Mulford and the eventual winner, Tommy Milton. Mr. Murphy drove well and finished sixth, claiming a payday of $1,100. In 1922 he returned to the Tacoma Speedway and won the last big race held there. http://goo.gl/nbEHSH