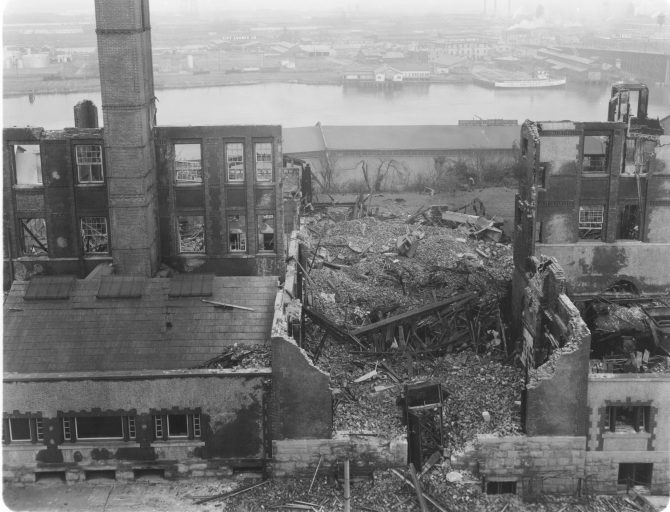 Ruins loom where the once majestic Tacoma Hotel stood after an October 17, 1935 fire ripped through the building leaving only charred remains. The modified Tudor structure built by the architectural firm headed up by Stanford White was a Tacoma landmark since its construction in 1884. Northwestern Dock Co. can be see through the gaping hole in the hotel's wall, backed by the industrial waterfront. goo.gl/EU2dYk