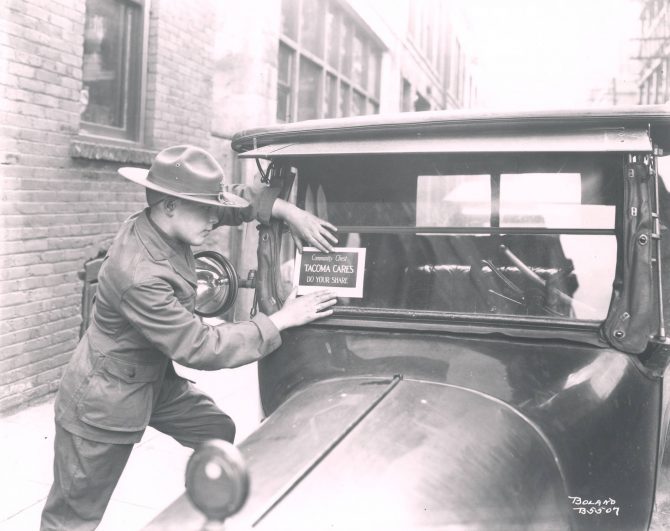 A young Boy Scout attaches a small sticker promoting the Community Chest drive onto the windshield of a parked vehicle in March of 1922. This photograph was used in the Tacoma Sunday Ledger, March 19, 1922, edition. The Community Chest was a precursor of the United Good Neighbor Fund and later, United Way of Pierce County. "Tacoma Cares...Do Your Share" was the slogan for the fundraising drive for various Tacoma charities and social agencies. It had opened on March 18th for ten days. $271,478.68 was needed to support 28 relief and social agencies.