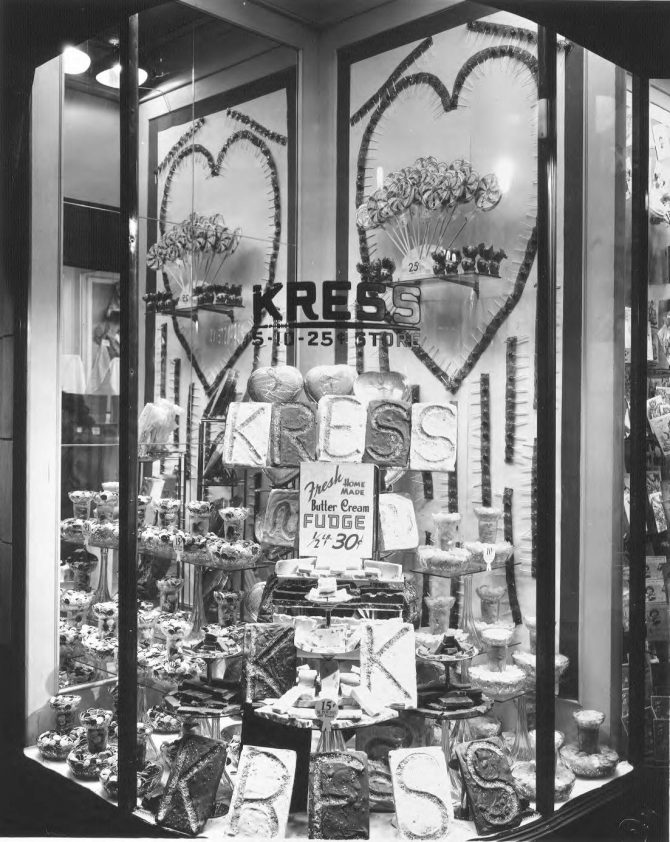 The S. H. Kress & Co. store in Tacoma, 934 Broadway, advertised fresh, home-made, butter cream fudge for 30 cents per one-half pound for Valentines Day 1949. In their front window, heart shapes and stripes were made of suckers on a continuous tape. Several large pieces of fudge spelled out the name "Kress," and other candies were made into bouquets at the top and near the edges of the display. S. H. Kress closed their store on Broadway in 1972.