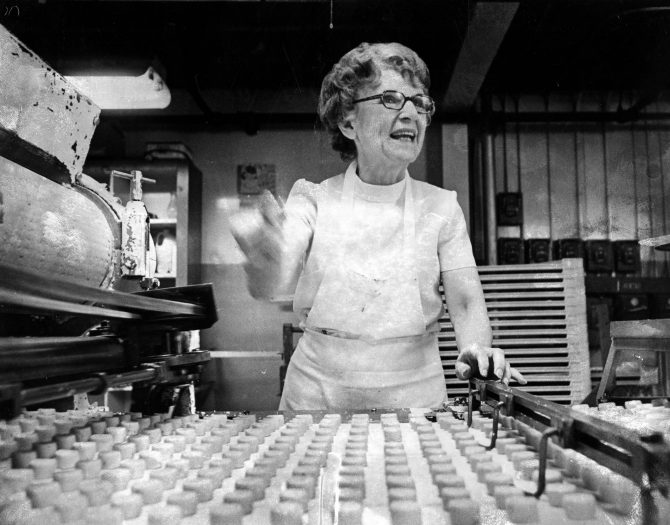 Henrietta Acheson had been a chocolate dipper at Brown & Haley for 25 years when photographed, one hand in motion, on Christmas Eve, 1972. At one time Mrs. Raymond L. Acheson would hand dip two or three pieces per second but in more recent days has relinquished her skills to a modern machine. Mrs. Acheson also explained that Brown & Haley workers were always one holiday ahead to have the candy at its best. Henrietta Acheson had been an apprentice at Hamilton Candy Co. then at A St. and had seen many types and flavors of candy come and go. Chocolate dipping ran in her family, though, as at one time five girls in her family worked dipping for Hamilton's. She confessed that although milk chocolate seemed to be most people's preference she liked dark chocolate the best.