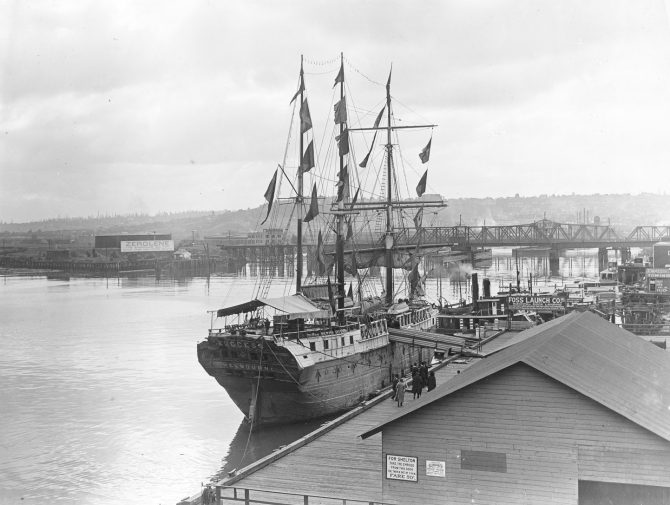 Around 1916, the Australian exhibition prison ship Success visited Tacoma and opened for tours at the Tacoma Municipal Dock Landing. Between 1895 and 1942, the ship was seen by millions on three continents. Built in 1840 and sold to a London company in 1842, Success was used to carry emigrants from England to Australia. After being abandoned by her crew in 1852 during the Australian gold rush, she was purchased by the Victorian government to serve as a floating prison. Ordered to be destroyed in 1885, the Success was instead purchased by Alexander Phillips who saw her potential as a money making floating museum. She toured Australia, the British Isles (1895-1912) and the U.S. (1912-1943). She burned to the waterline on Lake Erie on July 4, 1946.  http://goo.gl/0AXudb