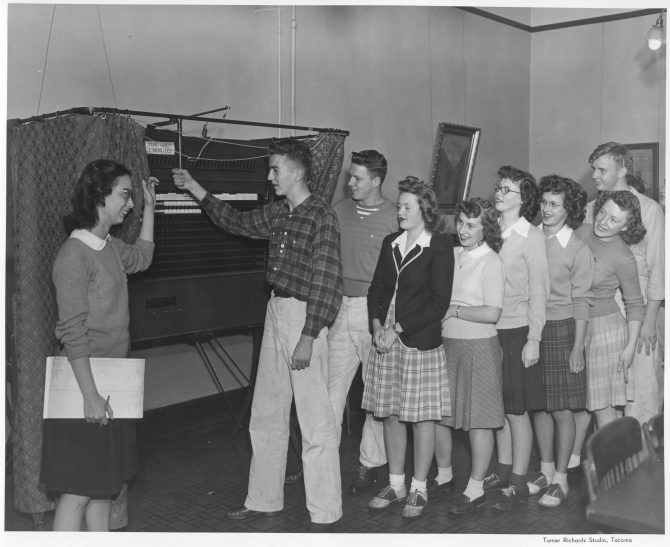 In early November 1944, Pierce County Auditor Joseph E. Ford had a voting machine placed at Stadium High School so students could become familiar with the voting process. The results of the student ballots were announced prior to the national election. Their major candidate choices included Franklin D. Roosevelt for President, and Monrad C. Wallgren for Governor. The public concurred on Election Day.  goo.gl/d4zB8N