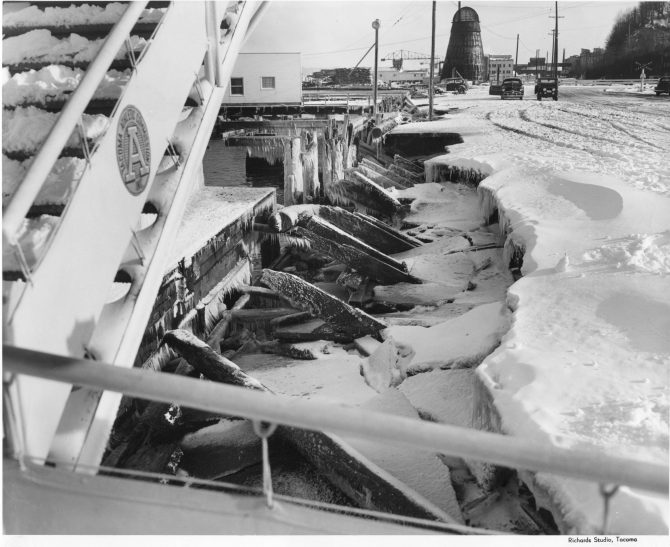 On Friday the 13th of January, 1950, the worst blizzard in years hit Tacoma. The gale brought five foot snow drifts, twenty degree chills, several hours of 40-60 mph winds and an estimated million dollars worth of storm damage in Tacoma. As pictured, the bulkhead near the "bow" of the Top of the Ocean, the Tacoma Athletic Commission's Ruston Way nightclub shaped like a ship, collapsed. However, the club itself did not suffer extensive damage. Waves 20 feet high broke over Ruston Way during the storm. The freezing temperatures brought in by the storm stayed until the middle of the following week. In the background is the Henry Mill.