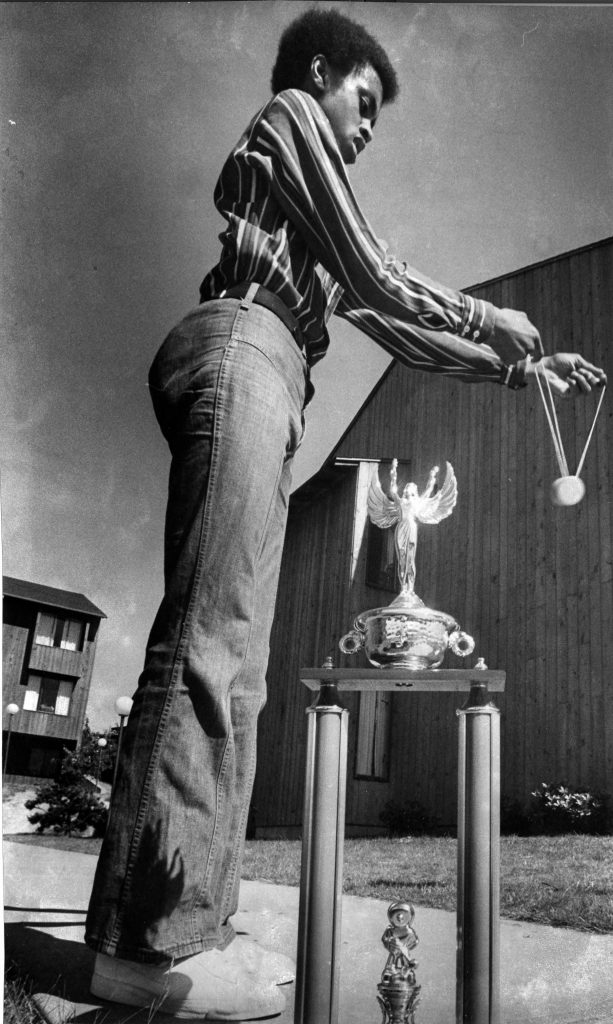 13-year-old Kyle Bell, upcoming vice president of Jason Lee Junior High's ninth grade, is the state yo-yo champion. He captured the title on April 17, 1976, at Southcenter in the 8-15 year-old age group. Kyle is shown above in June of 1976 while practicing for the $500 Apple Box Open All-Wood Yo-Yo Seattle tournament. He enjoys making up his own tricks with his latest called "Tripping the Light Fantastic." That trick involves complicated swirls and finger tucks with the yo-yo string.