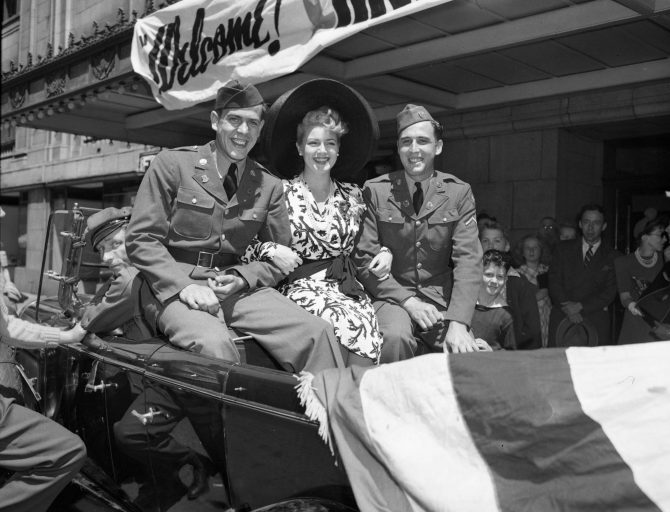 Actress Lana Turner poses with two beaming GIs in the back of a Titus Motor Company's 1923 Lincoln Touring Car parked in front of the Winthrop Hotel during her June 13, 1942 visit to Tacoma for a War Bond rally. To help the Treasury Department sell war bonds, Miss Turner made several stops up the coast including Portland and Tacoma, in addition to several smaller towns. She would eventually make her way to Wallace, Idaho, her birthplace.