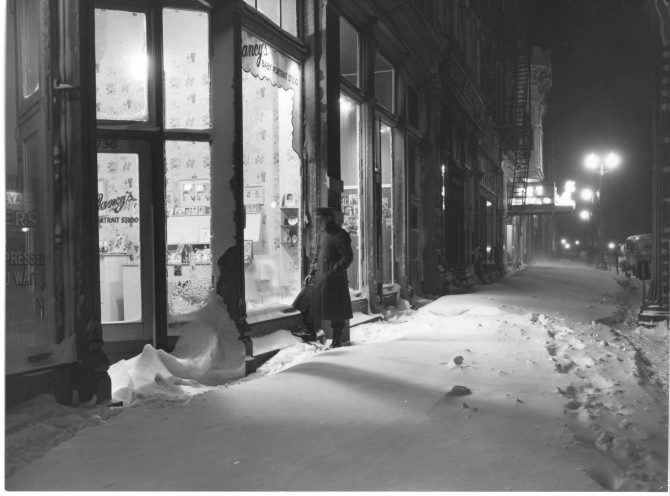 The snow storm that hit Tacoma on January 13, 1950 turned downtown into a winter wonderland. In this photograph, taken the evening of January 14th, a man wearing an overcoat, hat and boots stops to look in the window of Nancy's Baby Portrait Studio at 736 Pacific Avenue. Tacoma had received almost nine inches of snow, and the wind, at 25 miles per hour, had created drifts up to five feet high. The temperature, which had been at 12 degrees Saturday morning, did not get above the mid-20s for several days.