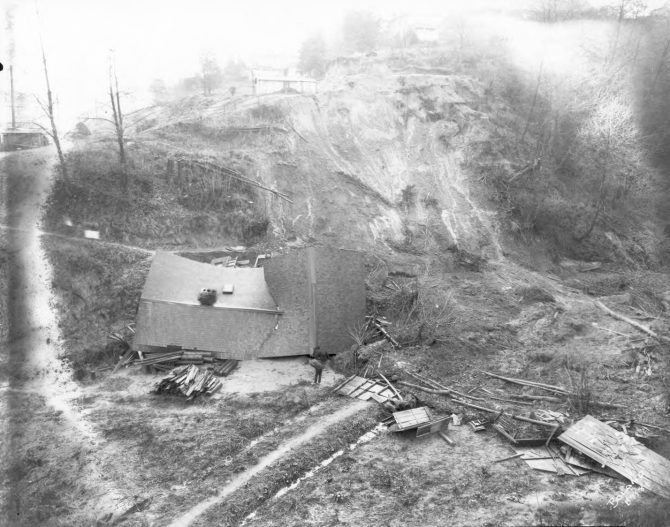 With a thunderous roar, the loamy soil on the bluff overlooking Old Tacoma broke loose at 9:50 a.m. on January 10, 1923. Tons of earth crashed down the steep slope, sweeping along with it the home of the W. E. Claytons. The wood frame home which had stood at 2502 N 29th St was crumbled into matchsticks. Mr. Clayton, who had been in the chicken house at the time, was killed instantly - crushed by a stump. Mrs. Clayton, despite being aged, partially paralyzed and in the home at the time of the incident, was not seriously injured, suffering only cuts and a shock. Mr. Clayton had resided in Tacoma about 15 years. He had, ironically, previously been employed by the government as a construction inspector and was involved with the construction at Fort Lewis.