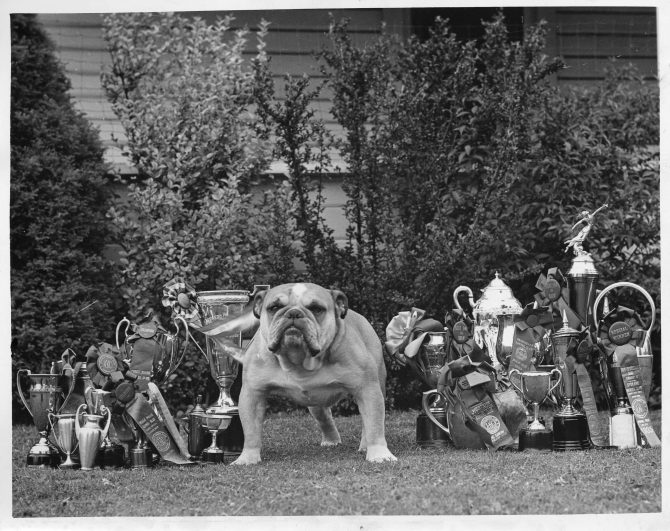 In June of 1935, Champion Bulldog Sir Bolivar Buckshot posed steadfastly with his many trophies. Bred and owned by Mr. and Mrs. Frank W. Bjorklund of Spanaway, Sir Bolivar Buckshot was an English Bull, with a champion rating. He was declared both International and Pacific Coast Champion Bulldog. At four years of age, he was ranked second to none in this country or Canada. The famed champion died in 1942 at the age of 14, having sired many offspring around the country.