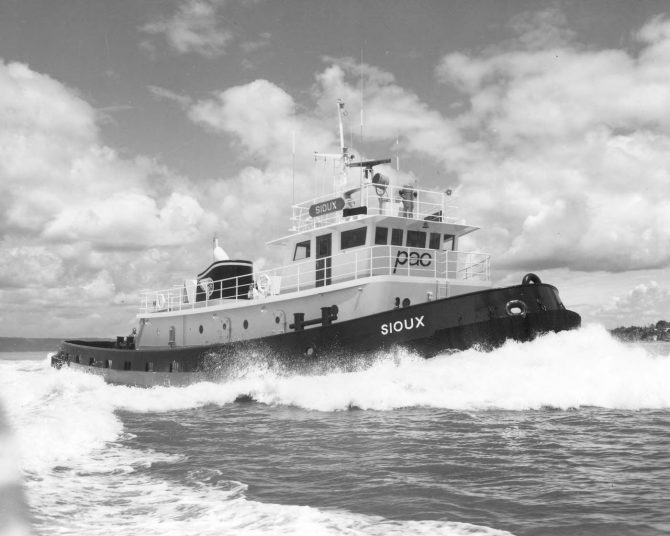 The tugboat "Sioux" chugs powerfully through the waves as she undergoes sea trials on June 29, 1970. Launched at Martinac Shipbuilding on June 13th along with sister tug, "Seneca", she would be used to haul barges to the oil fields of Alaska's Prudhoe Bay.