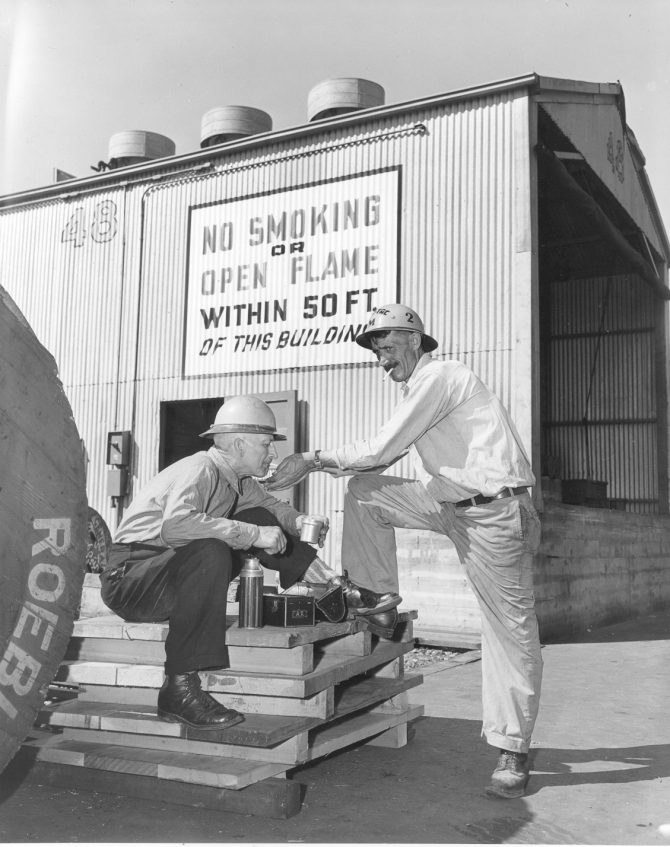 In July of 1943, Al Riviere and Frank Bujan appear to be lighting after-meal cigarettes at the Seattle-Tacoma shipyard, ignoring the giant warning painted on the building behind them. Despite appearances, the two Seattle-Tacoma Shipbuilding Corp. employees were not trying to burn down the plant, they were actually posing for a series of photographs demonstrating what not to do at work. The photos were published in the company's newspaper, The Keel, along with an article on how to prevent fires at the plant.  http://goo.gl/bMZnUU