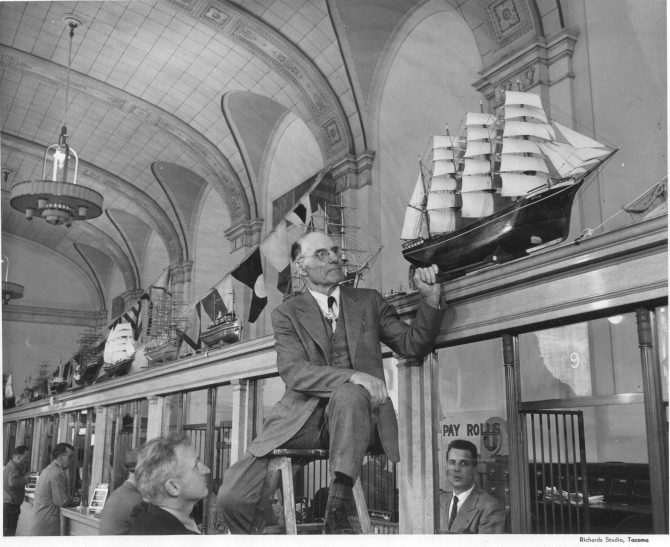 N.C. Garrison sat on a ladder as he helped prepare the display of 30 of his model ships in the lobby at the National Bank of Washington, 1123 Pacific Ave., for World Trade Week in May of 1950. Mr. Garrison had been building ship models since 1929 and this was the first complete display of his models. Among the models on display were "Old Ironsides," the "Pocahontas" and the "Beaver," which was the first steamship on the Pacific Ocean and was seen on Puget Sound for 50 years.