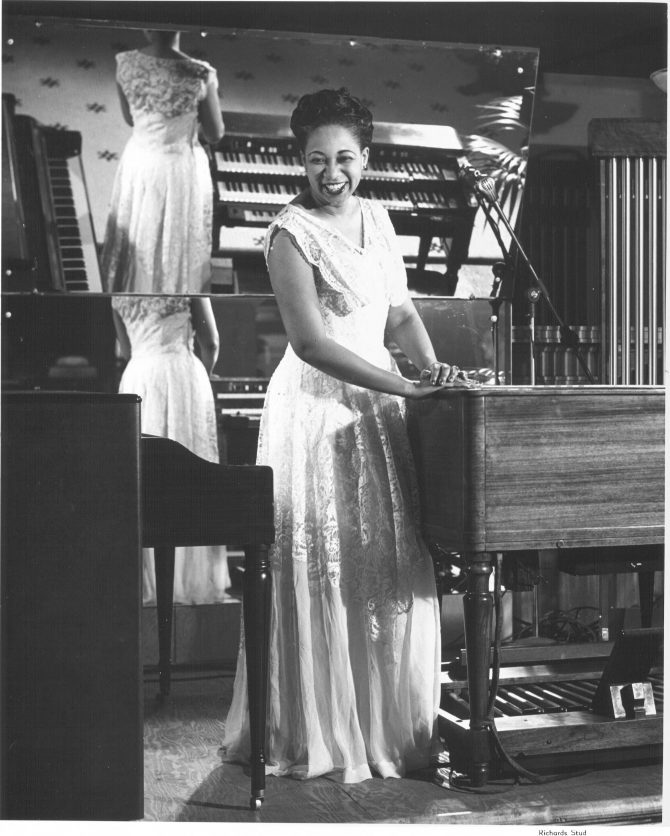 In August 1948, Selika Pettiford stood between the piano and the electric organ that she played at the Olympus Hotel. There were two mirrors set up on the stage behind Mrs. Pettiford so that the audience could watch her hands as she played. In August of 1944, a new supper club and cafe had opened in the basement of the hotel which was at 815 Pacific Avenue.