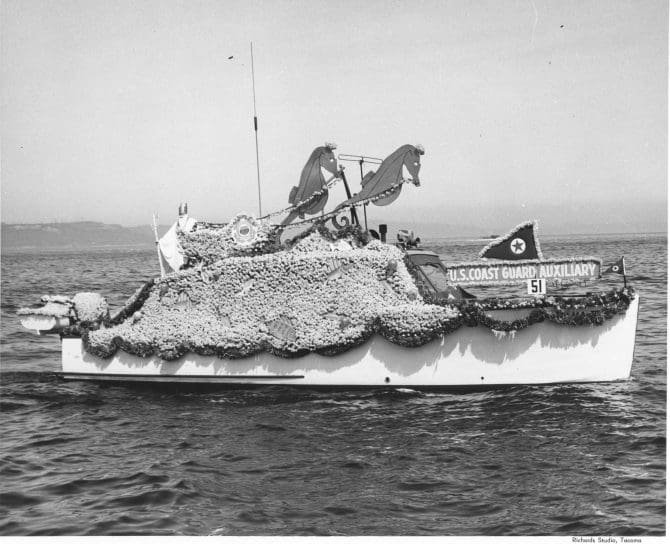 The 1954 Puget Sound Daffodil Regatta awarded the grand prize for visiting boats to Chester Gibson, owner of the Hilma III, an entry from the Queen City Yacht Club of Seattle. It depicted Neptune, the Roman god of the sea, and his chariot of sea horses. The boat was smothered in daffodils with an attached sign reading "U.S. Coast Guard Auxiliary." A sailboat race, colorful exhibition by the City fireboat, and the parade of floats concluded the Daffodil Festival which was enjoyed by thousands viewing the proceedings from nearby surroundings.