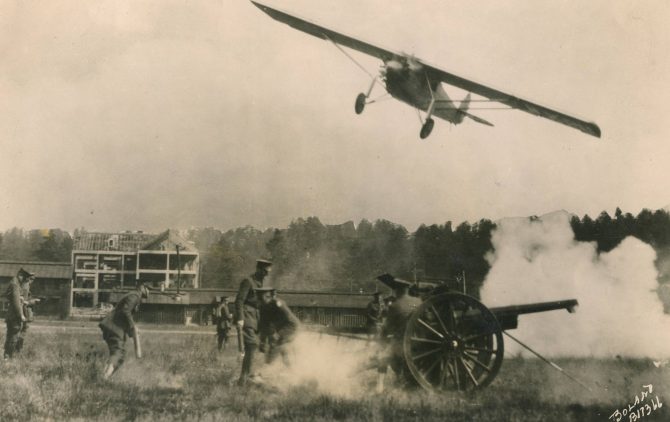 This photocopy of Battery "D", 10th Field Artillery's 12-gun salute to Charles Lindbergh was made on September 15, 1927, the day after Col. Lindbergh's pass over Fort Lewis's parade grounds occurred. Charles Lindbergh was traveling through the country promoting aviation. His pioneer non-stop solo voyage across the Atlantic to France was met with tremendous awe and admiration and the boyish aviator's photographs and activities drew much press.