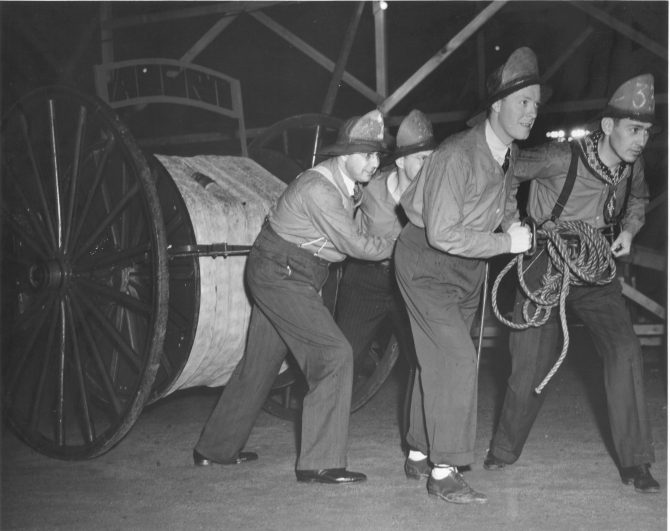 Scene from a preview performance of Saga of the West. The pageant covered the history of the West and was presented July 20, 21 and 22nd at the Stadium Bowl. During the Gay 90's episode, a team of four red shirted volunteer Fire Brigade members pulled the big hose wagon, wound with cotton hose. The men were, left to right, Jack Frost, Ted Breuner (beside Frost,) Frank LeCompte and Tryg Blix (beside LeCompte.) This style of hose wagon was in use around 1880 and it is topped by ironwork featuring the fire company name "Alert." The Alert refers to the Alert Hose Company #2, a volunteer company that originated in 1885. In the pageant, their hats were labelled with the number 33.