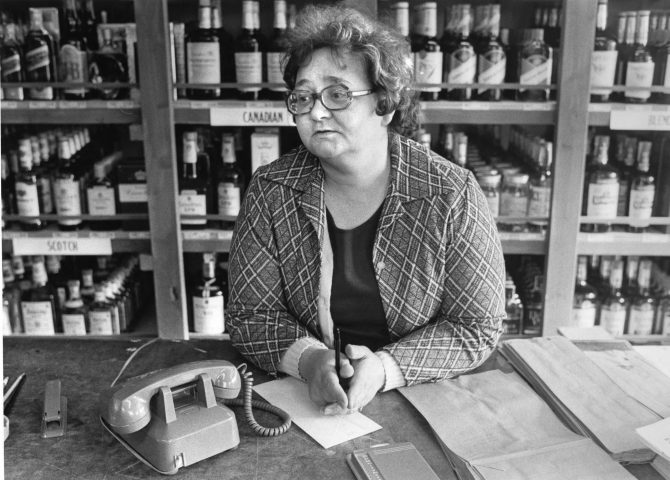 Beatrice Carmichael standing behind the counter in Ruston liquor store operated by herself and her husband Dean in January of 1979. After more than 20 years, Ruston finally regained its own liquor store. The 700-square-foot store was an agency outlet, not a state-owned operation. It was housed at 5609 N. 51st St., on a street that led to the ASARCO smelter, and the building had been used previously as a shoe repair store, marine supply store, a paint store, an antique shop and even a dry cleaners. The Ruston Liquor Store opened in November of 1978 with few objections from Ruston residents. They were able to purchase more than 400 different items in the liquor line.