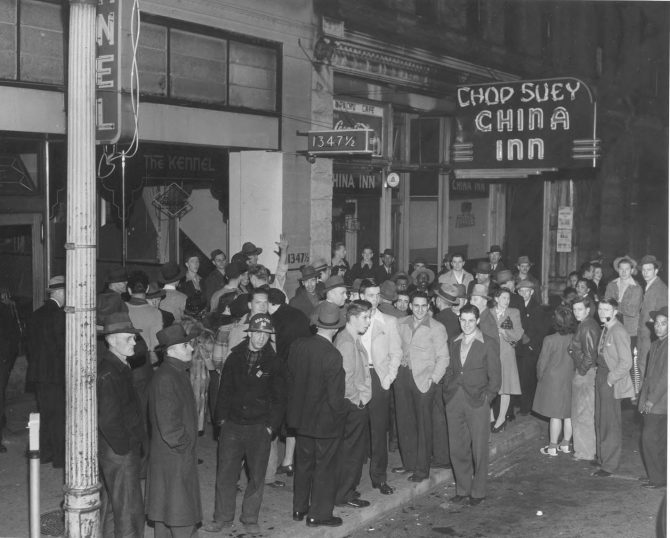 Tacoma Mayor Harry Cain's crack down on gambling resulted in a second successful raid by the State Patrol on April 16, 1943. This time, it was the Good Luck Club at 1347 1/2 Broadway where eleven Chinese people were arrested in connection with the illegal gambling raid. Over seventy customers had their names recorded as a curious crowd grew in front of The Kennel Tavern and The China Inn, but they were not detained. The gambling club was located on the second floor and was not connected with the first floor businesses. The State Patrol netted $1415.50, a locked safe and gambling paraphernalia. Public Safety Commissioner Einar Langseth called it a publicity stunt by the Mayor. On April 19, Mayor Cain demanded Langseth's resignation. He refused but was later brought up on impeachment charges.