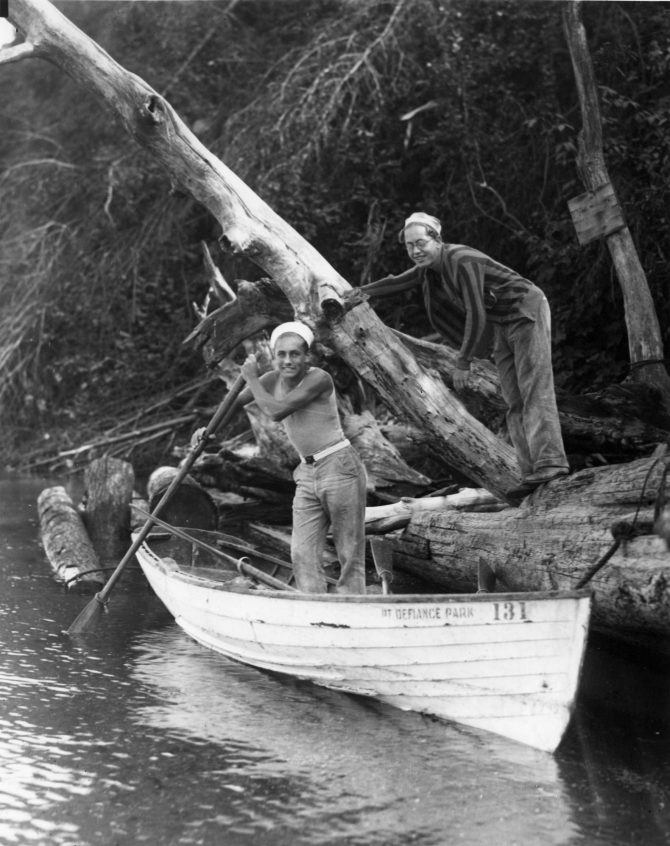 In August of 1926 Killian Van R. Schermerhorn, in boat, and Wilmot McCune, on log, spent a week rowing 80 nautical miles from Point Defiance to Olympia and back in a double oared "clinker" they rented from the Park's boathouse. They stayed close to shore or hopped from island to island, camping when they needed rest. They even rowed in a storm that capsized them on McNeil Island. After convincing the prison guards that they were not trying to "break anyone out," the guards fed, clothed and housed them until the storm was over.