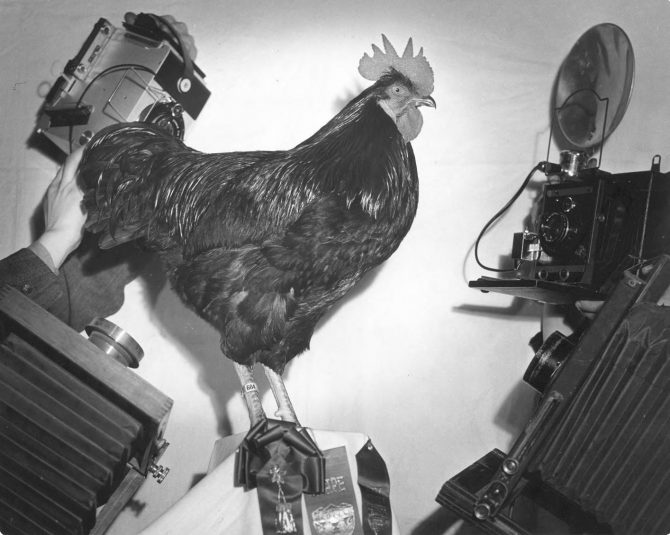 Surrounded by a sea of cameras this Rhode Island Red posed regally with his winning ribbons at the poultry show held on November 30, 1939 after being declared the Grand Champion of All Breeds. The 45th annual show, sponsored by the Tacoma Poultry Association and the Rhode Island Red Club of America, was primarily for the Rhode Island Reds, although other breeds were also shown. As winner of the club's national show, the 9 month old cockerel was considered the finest of the breed in all of the US and Canada. The winning fowl's owner, Mrs. Charles F. Cummings of La Canada, California, was not present when the Grand Champion was announced; not expecting to win, she had gone shopping.