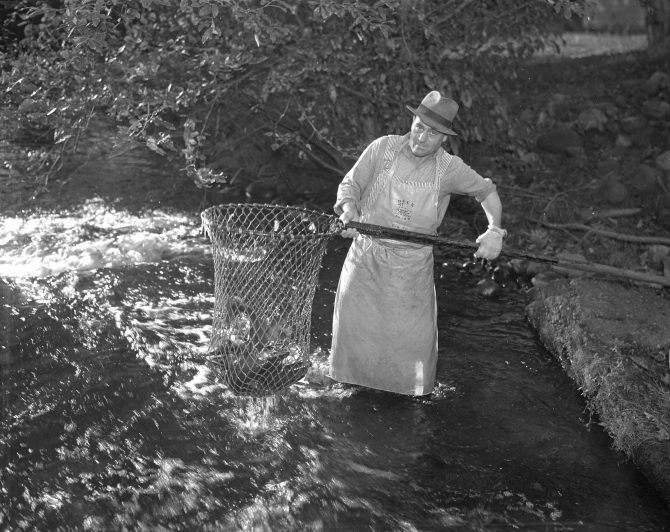 On October 21, 1937, Clarence Duncan, superintendent of the state's Puyallup River hatchery at Voight's Creek, lifted a large net filled with salmon out of the water. It was the largest run in years with record numbers of salmon returning to the creek near Orting. It was estimated that more than 8,000 salmon would be taken as they came up the creek to spawn and die. The salmon were collected, eggs removed and fertilized, the hatched salmon were raised and then released into the creek, helping perpetuate the natural cycle.