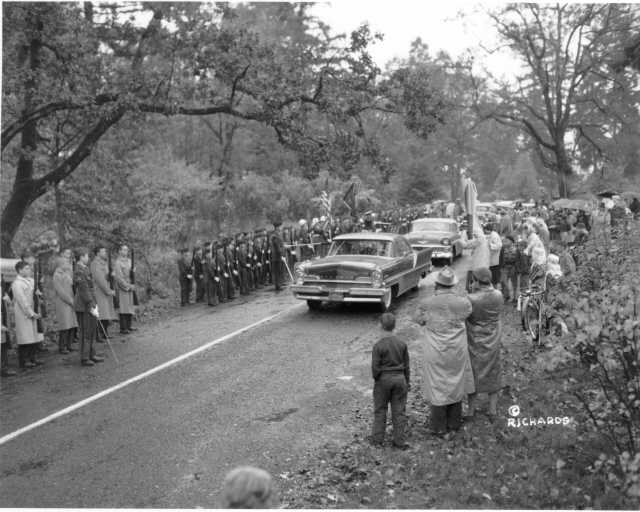 In October, 1956, President Dwight D. Eisenhower's motorcade traveled from his brother Edgar's American Lake home to the College of Puget Sound. His motorcade route was planned to allow the greatest number of cheering spectators to view the President. The President was in Tacoma on a re-election campaign swing through the west. NWR Richards,http://goo.gl/r1q5Hd, opens a new window