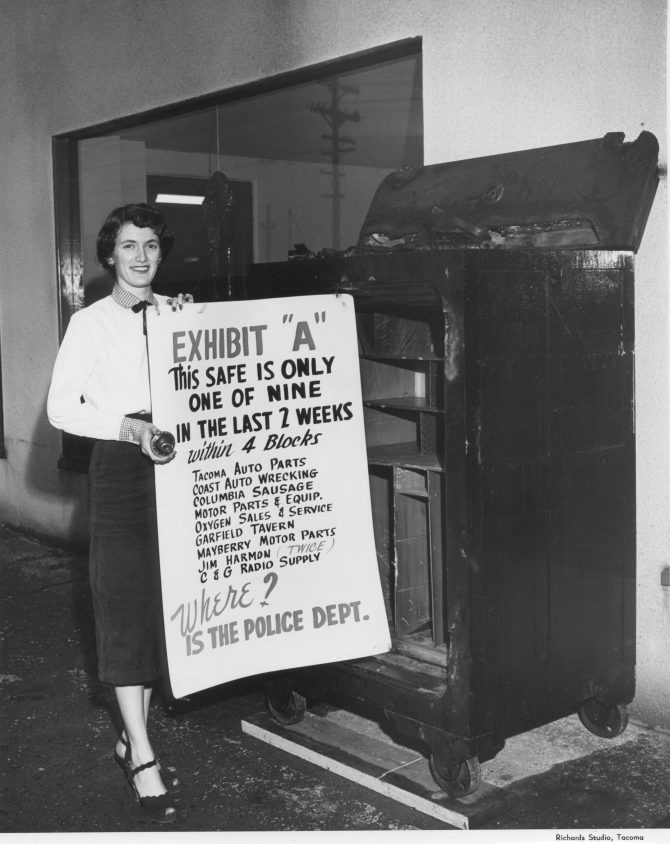 Georgeann Hardwick, of Mayberry Motor Parts, 1934 Market St., holds a sign protesting the lack of police action in a string to burglaries that took place in downtown Tacoma in December of 1950. She is standing next to a very old safe that was broken into by "cracksmen" using a cutting torch. The day after this photograph was taken the News Tribune carried a story "Arrest Two, Find Loot". The "loot" found included merchandise from C & G Radio Suppy, one of the businesses listed on her sign.