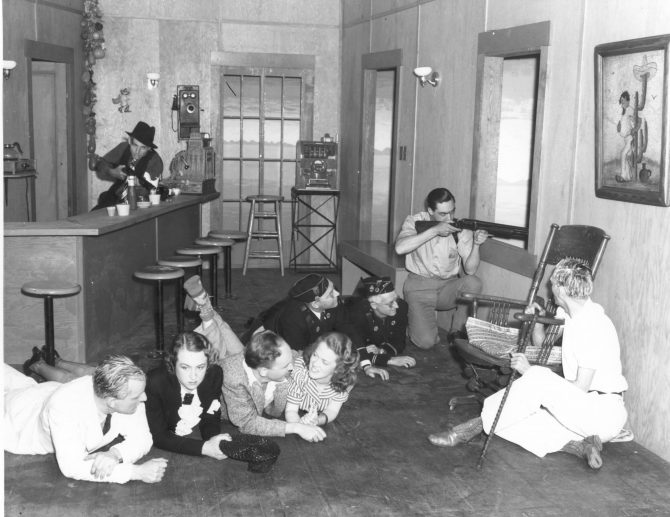 Scenes from Tacoma Little Theater's production of Robert Sherwood's "Petrified Forest." The play opened June 5, 1939 and was the final offering of the 1939 theatrical season. The play starred Jane Richter, Herman Huseby and Merle Bennett. The realistic set was designed by Erich Richter. The realism carried over to the props, with the actors using real firearms carefully monitored by the Tacoma police department. The need for a "gambling machine" presented a problem as they were outlawed in Tacoma. The propmaster, according to the Times. consulted a source in the "underworld" and came up with one from a neighboring city.