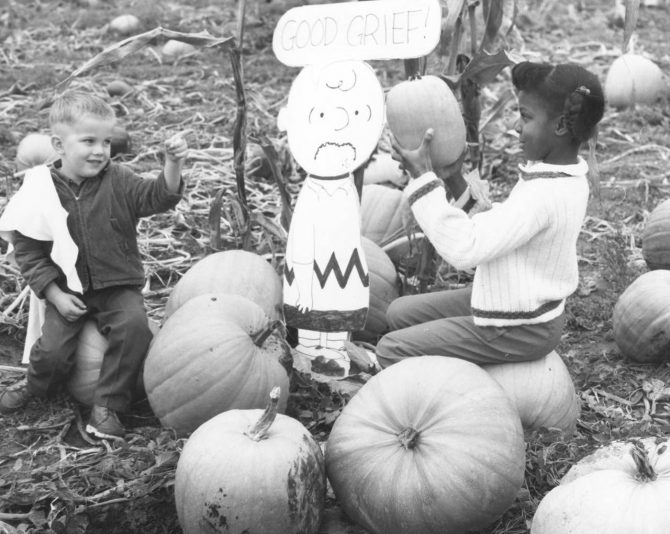 Frank Temple, sitting on a large pumpkin, appears to approve of Joann Glenn's selection of a nicely shaped, small pumpkin. Frank, Joann and "Charlie Brown" were photographed in Mr. and Mrs. Eberhard Kaelin's pumpkin patch at Valley Avenue and 54th Avenue East in Fife in October, 1968. Charlie Brown seems to be commenting on the dilemma of picking out just the right pumpkin for Halloween. Frank is the son of Mrs. Ethel Temple and Joann is the daughter of Mr. and Mrs. Eugene Glenn.  goo.gl/w3fPkC