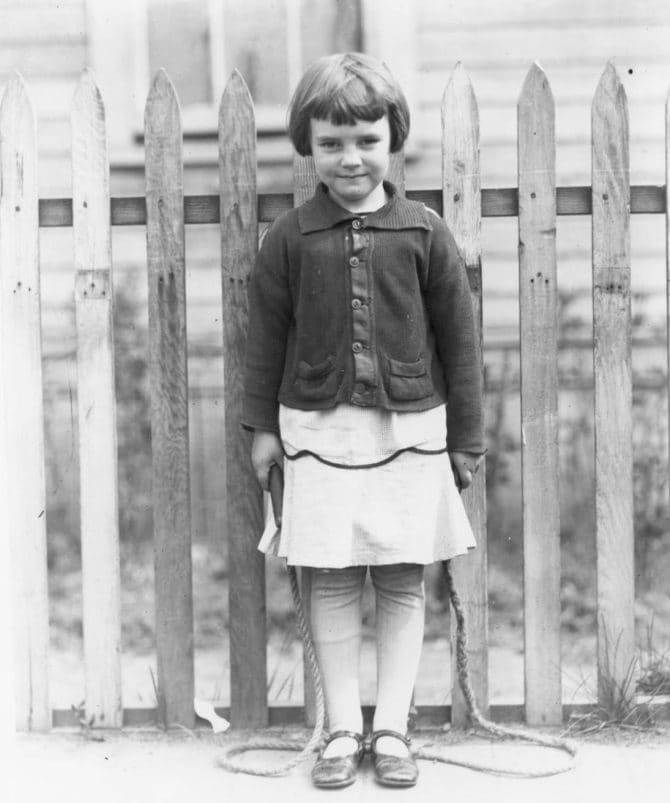 Five year old Phyllis Bates posing with her jump rope in front of the picket fence surrounding her home in Carbonado. On the evening of April 12, 1930, her father, John L. Bates, was one of 17 miners killed in an explosion 1500 feet underground in the Pacific Coast Coal Co. mine in Carbonado. His body was recovered by his brother Harry Bates. Harry had been the winner of the international rescue trophy in 1926. John Bates was 31, married and the father of two.