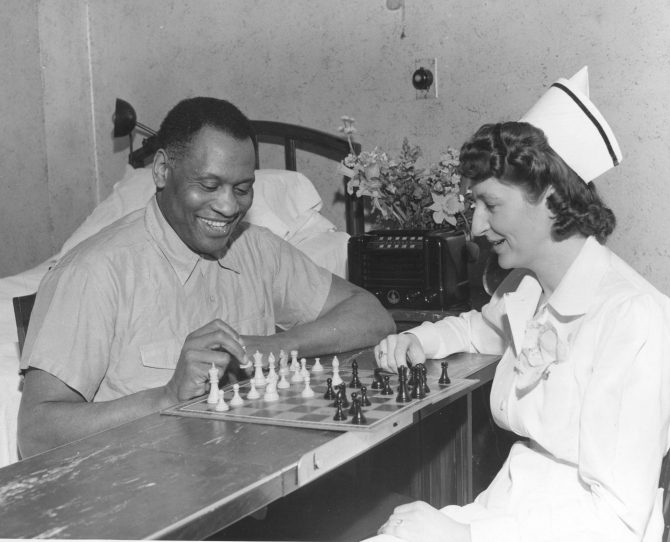 Canceling a concert at Tacoma's Temple Theater, Paul Robeson, singer and actor, was hospitalized for several days with laryngitis at St. Joseph's Hospital in March, 1943. To pass the time, Robeson engaged in a game of chess with nurse Theressa Tien. Robeson was known for his bass-baritone voice in interpreting Negro spirituals and for the roles he played as a stage actor including "Showboat" and "All God's Chillun Got Wings." Following World War II, he became a political activist supporting socialism and black civil rights.