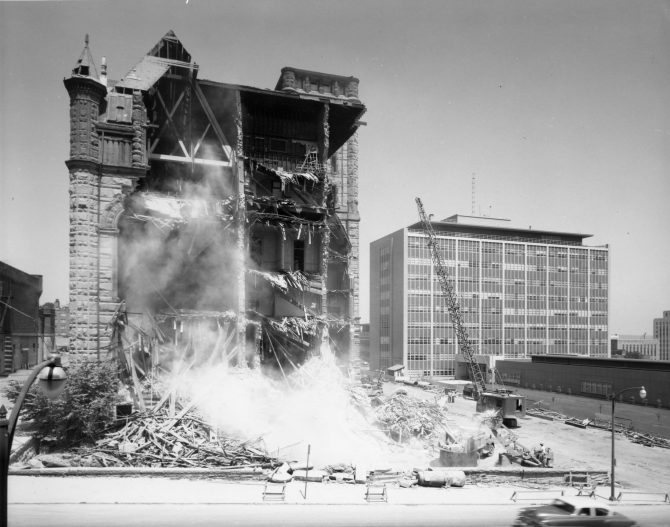 By July of 1959, demolition of the aging Gothic-styled Piece County Courthouse at 1012 South G Street was well underway. Lige Dickson & Co. began tearing down the old courthouse in June with cranes and wrecking balls bringing it down piece by piece over the next several weeks. In July explosive charges were set and the remainder of the courthouse came tumbling down. A parking lot for the new County City Building, shown at right, was built on the site.