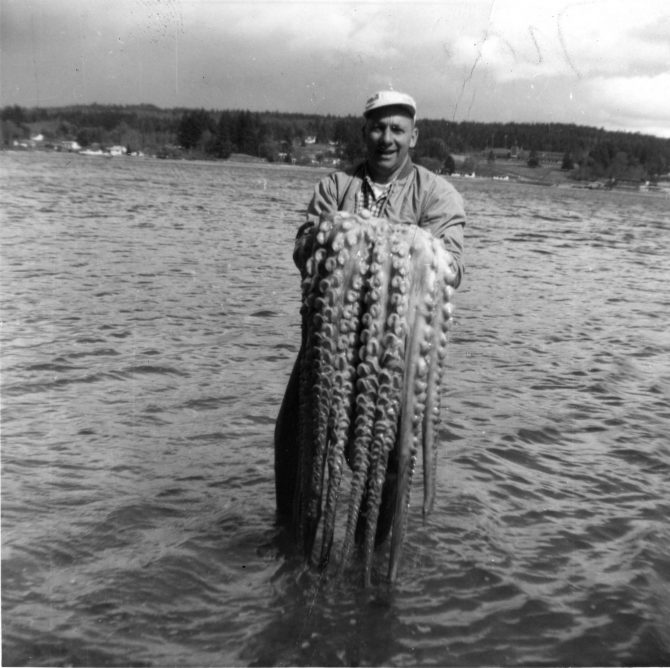 Norman "Benny" Behnke ,  45-year-old Tacoma scuba diver, was photographed in April of 1964 with the 102-pound octopus he wrestled out of the Sound. Mr. Behnke, a civil engineer at McChord AFB, began scuba diving three years ago. This happens to be the third octopus he has brought to shore in less than six months. Mr. Behnke believed that the recent Alaskan earthquake was responsible for the number of octopuses emerging from the Sound floor. This was just a preliminary to the eighth annual World's Championship Octopus Grapple off Titlow Beach held on April 19, 1964, an event in which the Behnke family, including wife Molly and 17-year-old son Gordon, would be participating.