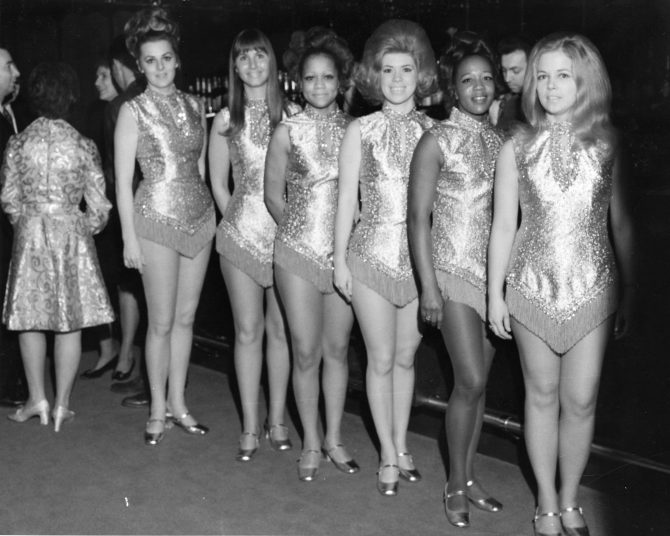 O'Brien's Restaurant, operated by Jim O'Brien, opened in early 1971 in the Bank of Washington Plaza complex at 1201-23 Pacific Avenue. Six of the restaurant's waitresses dressed in shimmering outfits and glossy shoes posed for a group portrait on January 29, 1971. At far left with her long hair pinned up is Carol Clark (now Yokes). The lady fourth from the right is Edreane Anderson, and the lady second from the right is her sister, Brynda Frazier, both graduates from Lincoln High School. According to a reader, owner Jim O'Brien had scouts out searching for the perfect women for his new restaurant. These six women were handpicked by him out of 200 applicants. Miss Clark had been waitressing at the Top of the Ocean when discovered. O'Brien's Restaurant was located below street level, accessible by a curving staircase and illuminated by the glow of a large fountain.