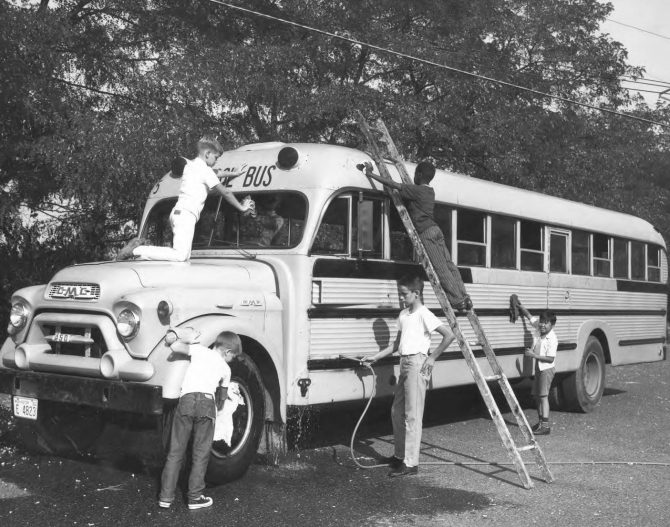 Five boys were hard at work on September 11, 1969, washing and polishing "Gus II," the new Eastside bus. "Gus II" is a replacement for the much beloved original "Gus" who transported 15,000 lower-income children on various excursions for nearly two years. The Eastside community helped to raise money for the used North Kitsap School District bus at the 3-day Eastside Youth Center carnival in August. Community funds were necessary as there was no money budgeted for transportation in the anti-poverty program. "Gus II" could hold 45 adults but has a "kid capacity" of 72, 20 more than his predecessor.