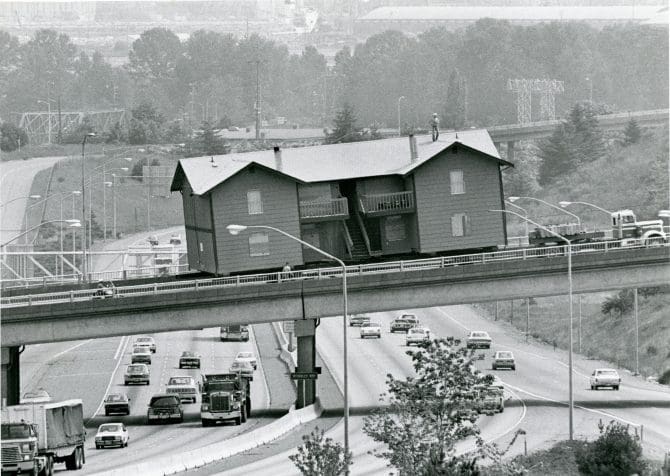 Motorists on Interstate-5 near Tacoma had an unusual view Monday, June 02, 1981, as this four-plex passed above them on a freeway overpass. The building was being moved from Tacoma's Hawthorne district, where a new sports-convention center would be built, to a vacant lot a few blocks up the street.