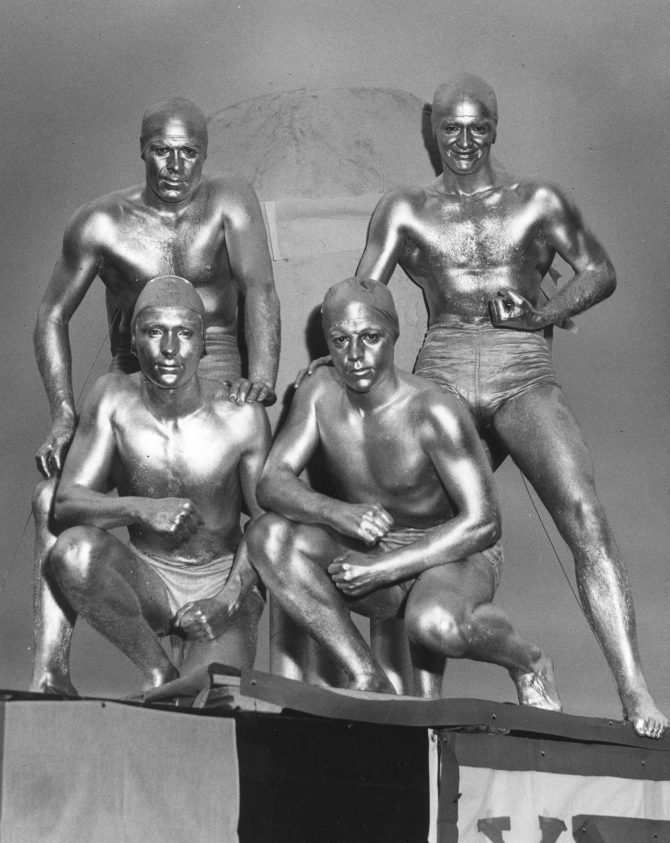 On July 1, 1940, there was a parade in Tacoma to celebrate the openings of the Tacoma Narrows Bridge and McChord Field. The most unusual float was that of Tacoma's YMCA, Phalanx Club. Four young men, their bodies silvered, rode on a float while holding up a large globe. Here are the men - minus the globe. Before the year's end, the bridge, which quickly became known as Galloping Gertie, had collapsed into the Narrows.