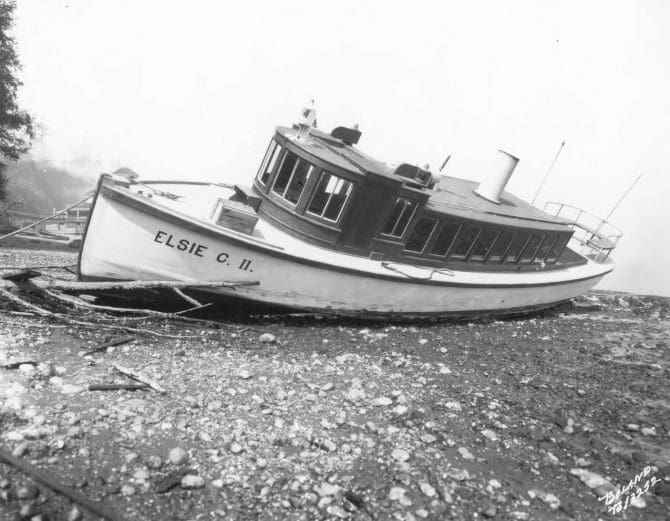 The launch Elsie C ll , under the command of Captain Herman C. Clausen, ran aground in heavy morning fog at Point Defiance on Thursday, September 3, 1925. Captain Clausen had missed the ferry slip and then narrowly missed striking big rocks as he brought the Point Defiance-Sunrise Beach ferry ashore between the slip and the park pavilion. The ferry was stuck fast and could not be floated until high tide that evening. The 15 passengers sailing from Sunrise Beach to Tacoma were able to exit the vessel onto the beach via a gangplank; no injuries were reported.