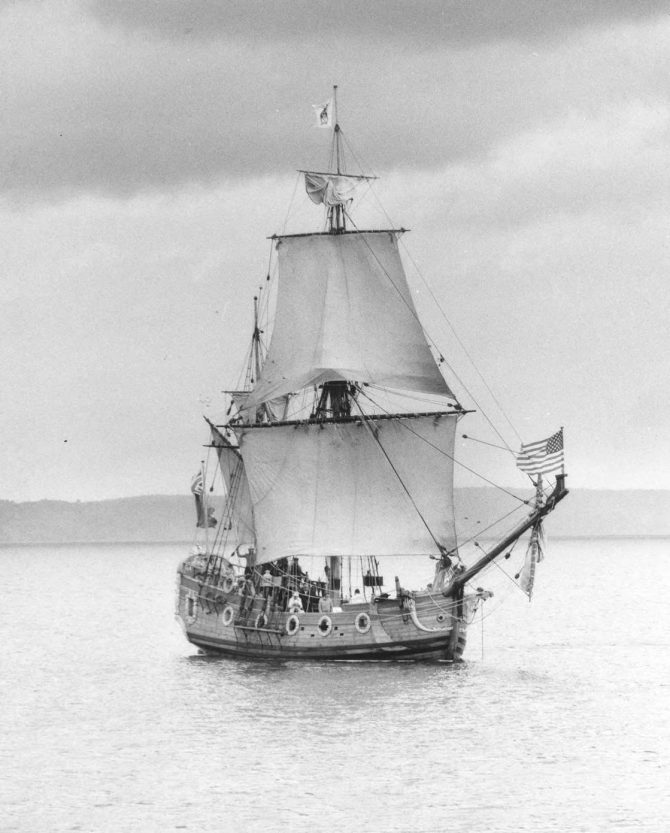 An authentic replica of the Nonsuch, 17th century sailing ship bearing both English and American flags, arrived in Tacoma on September 15, 1972, for a four-day public display. The 53-foot ketch was primarily built of solid English oak although her 37-foot keel was English elm. She had 6-foot anchors with wooden stocks and 2000 square feet of canvas sail. Ornate carvings decorated the ship; they were the work of Jack Whitehead of the Isle of Wight. The Nonsuch was built in Great Britain in 1968 for Hudson's Bay Co.'s 300th anniversary celebrated in 1970. Since that time, she has traveled to many American and Canadian ports