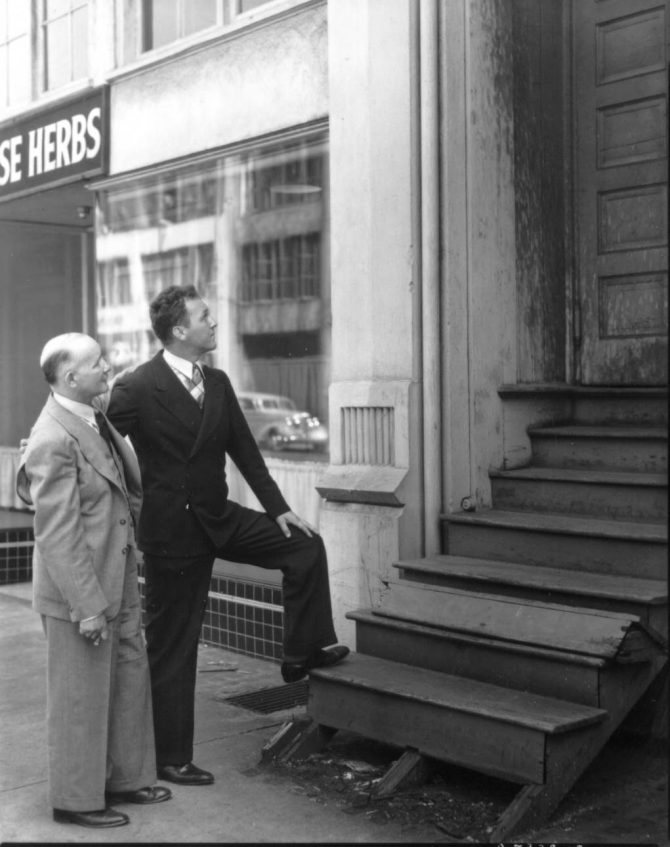 Seattle boxer Al Hostak (right) -  the "Savage Slav" - and his manager Eddie Marino looked at the dilapidated stairs leading to the former location of Marino's Olympic Athletic Club, 917 Commerce St., on June 25, 1938. Eddie Marino had brought his boxer down to Tacoma to introduce him to his (Marino's) old friends and decided to visit the old building where his gym had been located on the second floor. The rooms were now vacant and the front door locked tight. Hostak would go on to defeat champion Freddie Steele and claim the middleweight title on July 26, 1938.