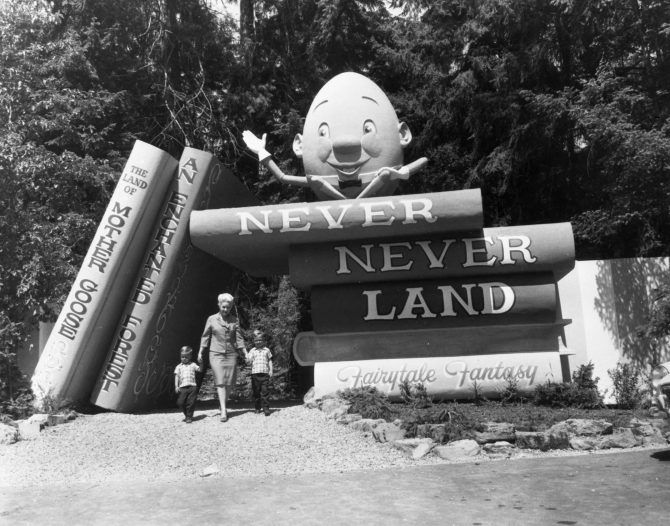 An unidentified family exits Never Never Land at Point Defiance in June 1965. The popular park attraction first opened in 1964. Alfred Pettersen, who also designed "Wooded Wonderland" in Victoria, British Columbia, was the first manager. The two facilities were said to be the only two "enchanted forests" on the continent. Sadly, Tacoma's enchanted forest has been plagued by petty vandalism over the years. It closed permanently 2010.