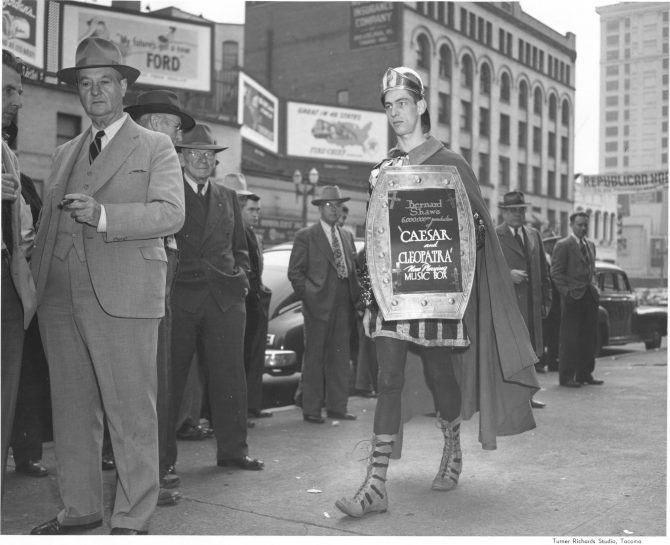 In October of 1946, an unidentified young man, dressed as a Roman soldier, walked down Pacific Avenue carrying a shield with a poster advertising the movie "Caesar and Cleopatra" playing at the Music Box Theater. The film version of George Bernard Shaw's play starred Vivien Leigh as Cleopatra and Claude Rains as Ceasar.With a production cost of almost $6 million, it was one of the most expensive productions in cinema history up until then.